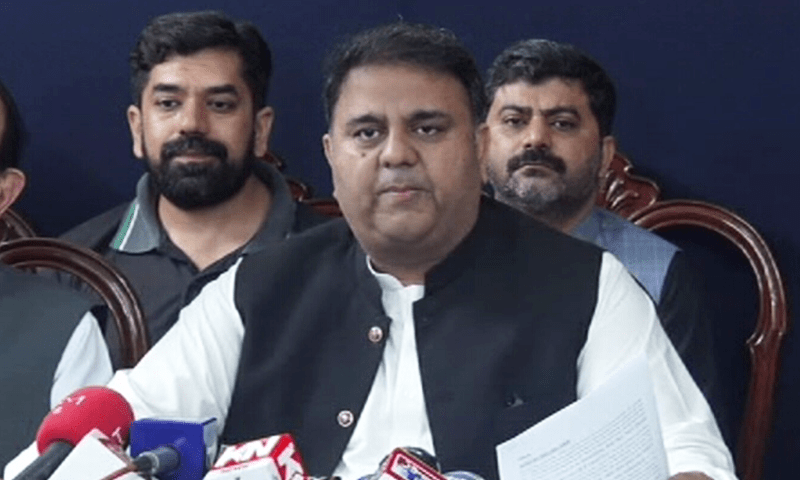 PTI leader Fawad Chaudhry on Sunday questioned the summons party leaders received from the Federal Investigation Agency (FIA), saying they did not hold public office in 2011-12 — the period in which the party purportedly received prohibited funding.

“I do not understand in what capacity FIA is issuing notices to our leaders. These people were not public officeholders in 2011-12,” Chaudhry said at a news conference in Islamabad. “We are, however, cooperating with the FIA.”

On Friday, the FIA constituted a five-member team to supervise inquiry teams of the agency’s respe­ctive zones probing into the prohibited funding case. Subsequently, several prominent PTI leaders — Imran Ismail, Seema Zia, Mahmoodur Rasheed and Asad Qaiser were summnoed by the agency. The probe comes after an ECP verdict that found the PTI had indeed received prohibited funding.

During the press conference, the former minister said that the PTI would also launch an investigation into the cases registered against its workers and leaders in Punjab after the ‘Azadi March’.

He said that the team could summon Interior Minister Rana Sanaullah, PML-N’s Ataullah Tarar and others. “They expect us to cooperate with the FIA, we expect the same from them.”

Talking about the Election Commission of Pakistan’s (ECP) verdict in the case, Fawad insisted that the details of all accounts had been provided.

He also called for conducting an annual audit of all political parties, adding that there should be no “leniency” in this regard. However, he regretted that the election commission had become “a subsidiary of the Pakistan Democratic Movement (PDM)”.

He said that the party would approach the courts for the PML-N’s audit to be finalised within 15 days. He claimed that the party had received Rs10 million but had not declared the funds. “There is no record of it.”

He went on to claim that the PML-N had spent Rs1.3 billion on media campaigns but had not mentioned any source. “They also used their accounts for money laundering. This is the case that the ECP must hear and decide on.”

Turning his guns to the PPP, he said that ex-president Asif Ali Zardari headed one part of the party while Foreign Minister Bilawal Bhutto-Zardari headed another.

“The explanation they gave was that one party funded the other. But under the ECP rules, no political party can fund another party. The PPP has shown its expenses but has not revealed where the money was spent.”

Fawad questioned why the electoral watchdog was “protecting” the PPP and the PML-N, urging the scrutiny committee to announce its decision in these cases.

He also claimed that certain “journalists and Baloch insurgents” were harping on about PTI chief Imran Khan’s disqualification. “Who has the courage to disqualify Imran? You are not announcing elections because you fear he will win a two-thirds majority,” he said, adding that a campaign was underway against the former premier.

Commenting on the piecemeal acceptance of the resignations of PTI lawmakers, Fawad said that ex-deputy speaker Qasim Suri had already accepted them all and the current speaker “had no right [to accept them in the manner he did]”.

“The government is holding by-election on nine seats because it is fed up with its allies. They want to gather seats gradually to secure a majority. This is their political move,” he said.

No one can get Imran disqualified: Chohan

Separately, PTI leader Fayyazul Hassan Chohan called out the PML-N for their alleged attempt to disqualify Imran in light of the prohibited funding verdict, saying no party or individual could ever succeed in sidelining the PTI chief from mainstream politics.

Addressing a press conference in Lahore today, Chohan said Prime Minister Shehbaz Sharif was liable to be disqualified for submitting a false undertaking for his brother Nawaz Sharif wherein he had guaranteed that his brother would return to Pakistan after getting treated abroad.

He said the PTI would continue to endeavour for “true freedom of Pakistan” and free it from the influence of “foreign powers trying to destabilise the country”.

The PTI leader said the Punjab government would start issuing health cards to the masses that, according to him, were almost rolled back by the administration led by ex-chief minister Hamza Shehbaz. 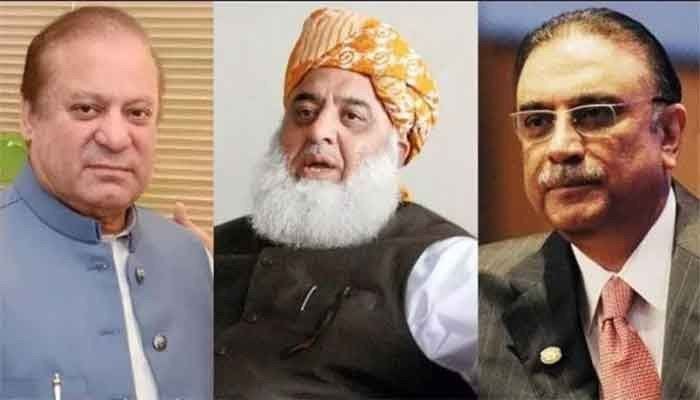 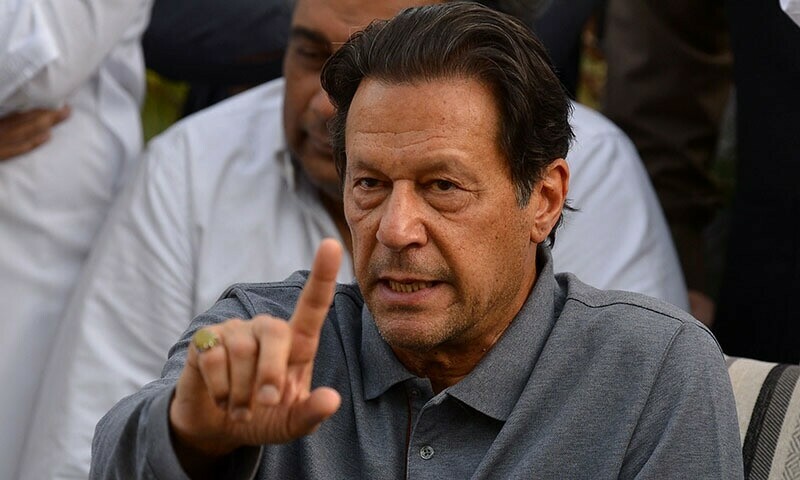